It has been a long time since I reviewed the last Windows Phone device, namely HTCs Titan which happened to be a nice smartphone that unfortunately didn’t make any impact on the market. So I’m curious to see how the Windows Phone platform evolved, especially with Microsoft releasing Windows Phone 8 and still pushing hard to get their app store going. One of Windows Phones flagship devices is definitely the Lumia 920, which I currently use as developer device version. Even though the Lumia 928 has already been released its still interesting for me to check out the prior model with its distinct look.

Nokia continues the hardware design philosophy it started with the Lumia 820, by using the same high quality polycarbon and unique form factor on the Lumia 920. Holding the device in your hand feels good, as it definitely doesn’t have the cheap feel of Samsung Android smartphones despite of being made of plastic too. Additionally it doesn’t feel like you would have to protect it with a case, which is great because I hate having nice hardware design that is being hidden behind an ugly big case. This time you’ll get a 4.7 inch screen and therefore a much bigger phone than the Lumia 800. Its also pretty heavy with 300 g.

Like many other manufacturers Nokia has also put the power button on the side of the Lumia 920 which makes much more sense than putting it on the top, especially for big phones. Volume controls and the camera button can be found on the same side.

The headphone jack is on top, which I’m not a fan of. I prefer having the jack on the bottom as I always put my phone upside down into my pocket. This seems more natural to me, but it really depends on what you are used to.

The LCD display comes with full HD resolution that amounts to over 326 PPI. This is more than Apples iPhone 5 Retina display and most other phones out there. In my opinion it was a big mistake to use AMOLED screens with pentile Matrix layout on the previous Lumia devices, because Windows Phone modern UI emphasizes straight lines and is text driven, which doesn’t work well on AMOLED pentile screens as the pixel layout will make the lines seem fuzzy. But the Lumia 920 display is very impressive with good colors and nice readability outdoors. Having such a high density screen is perfect for reading news and browsing the web without much eye straining.

Readability in direct sunlight is not bad and better than the Nexus 4. But there is still a long way to go until the smartphone screens are really comfortably readable outside.

One of Nokia’s most promoted features for the Lumia 920 was the camera. And especially in low-light conditions the results are very impressive and probably the best you can get on any current mobile phone.

But when it comes to taking pictures in bright conditions the Lumia 920 camera makes only average images. This is disappointing as Nokia is marketing the device as camera centric smartphone. Pictures in daylight are not especially bad, but also not any better than most medium range smartphones out there. A lot of times its hard to get the focus right and you have to make sure to hold the phone very steadily to prevent blurry shots.

Generally Windows Phone 7.5 was running very smoothly without much lag even on old hardware like the HTC Mozart, with the only major problem being that the app loading time could become quite long. The same is true for Windows Phone 8 on the Lumia 920, even though everything seems to be a tad faster the long app startup times are still there.

One thing i also noticed is that the transition animations between apps and the home screen seem to be slightly slower than on windows phone 7.5 devices. They are more fluid than before, but at the same time it takes a little bit longer for the typical Windows Phone paging animation to finish. Internet Explorer still doesn’t support WebKit based mobile pages which is a shame, and still a major letdown.

Nokia created a great piece of hardware with the Lumia 920, which doesn’t have to hide from the competition. As with the first Lumia Windows Phone devices the build quality is great and definitely feels better than Samsungs Galaxy S phones, despite being made of plastic too. Hopefully Nokia will think about their pricing though, in order to be more competitive. These days you can get a high-end phone like the Nexus 4 for only 350$ unlocked and with a fully fledged ecosystem. Windows Phone still is way behind in terms of app selection, and the available apps often struggle with the modern UI concept because the developers haven’t grasped the design language yet. On the other hand the Lumia 920 has a good camera and easy to understand OS for the average user. If you don’t depend on a lot of 3rd party apps on your current phone and want some refreshing new UI then check out the Lumia 920 or the HTC 8X which also has great specs but is much cheaper to find. 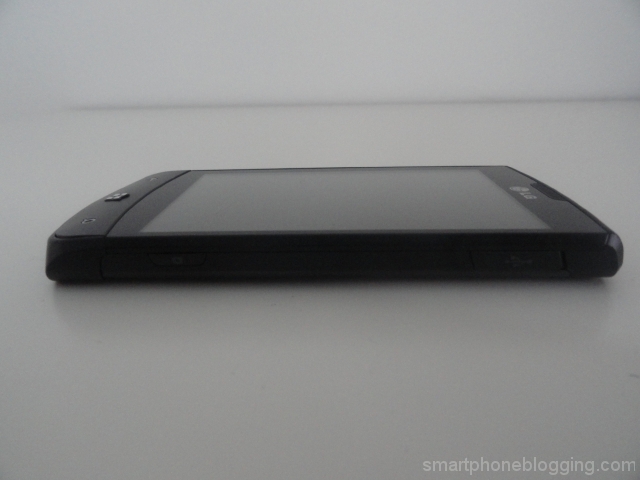