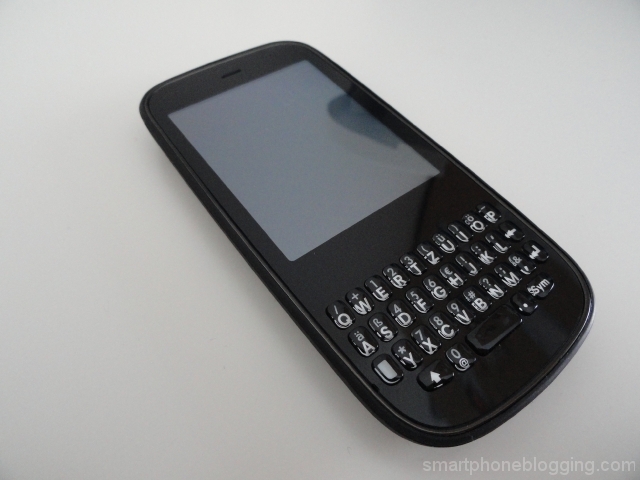 It seems that i have some strange bond with Palm devices. Only a few days after i got an Palm Pre Plus for my wife, i was told that a local electronics store is selling Palm Pixie Plus devices for 30,- Euros with a one-month contract. So i checked the store out and found a big pile of Palm Pixie Plus devices which were basically being thrown out. I took two of them and played around with the Palm Pixie Plus for some weeks now. It’s a nice little smartphone, so let’s take a closer look at the packaging first. 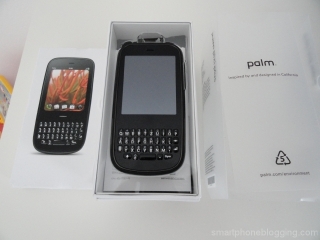 The Palm Pixie Plus comes with a very basic packaging including the device, earplugs, micro usb cable, battery and an ac adaptor. There is no pouch and as far as i know you can’t use the Pixie Plus with the charging stone accessory out of the box. Contrary to the Palm Pre Plus which comes with a pouch and a soft rubber back which can be used for the charging stone. You get 8GB of storage as well as WiFi capability and videocapturing. The latter two weren’t supported by the original Palm Pixie. 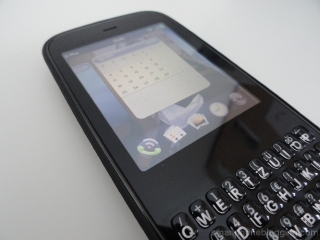 It’s really a compact and very lightweight phone. And even though the display is small, it’s still very useable because WebOS blends in very well with the available screen estate. You won’t find any slider mechanism on the Pixie Plus, as the QWERTY keyboard is beneath the display similar to old Palm devices and Blackberrys. And i actually prefer the Pixie Plus keyboard to the Palm Pre Plus QWERTY keyboard. The pressure point is much better in my opinion and typing text is more comfortable. On the Palm Pre Plus you have to put much more pressure on the keys, which just seemed a little bit too stiff for my taste. 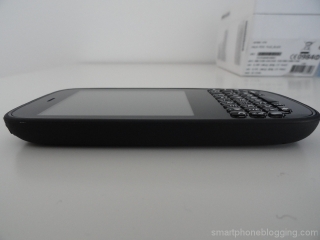 On the bottom and the right side of the phone there is no slot or button to be found. 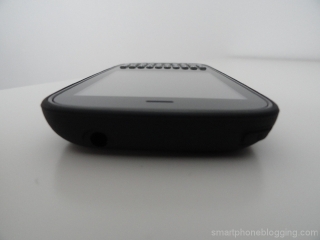 A power button as well as an earplug is placed at the top of the device. 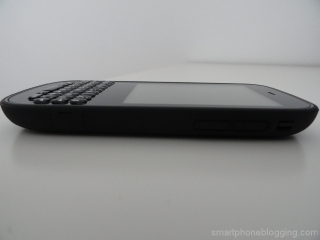 Volume controls, a hardware mute button as well as the micro usb slot for the charger are on the left side. If you thought that the usb slot cover was hard to open on the Palm Pre Plus then be prepared for something even worse. It’s extremely difficult to open up the hatch in order to plug in an micro usb cable because the rubber material of the usb slot cover is very stiff and supported by a magnet. So basically you have to keep the hatch open with your fingernail and at the same time try to plug in the cable. Many times the cover would just slide off my fingernails and close the usb slot. I have to admit that this might be one of the worst usb cover ideas i have seen, the only good think about it is the fact that the cover blends in perfectly with the rest of the casing.

I also don’t like the way the backside has to be taken off in order to put in your sim card. There is no unlock button, or mechanism whatsoever, you just have to pull the backcover from the edges using your fingernails. It takes much effort to do so and doesn’t give the best impression because it just doesn’t seem like a durable way of handling sim card or battery swaps. 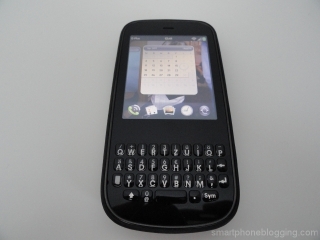 Palm introduced the Palm Pixie as entry level and affordable webOS device for the masses. And the Palm Pixie Plus is no different. You get a very small and pocket friendly device which never was meant to compete with high end smartphones. WebOS is working nicely on the small screen (albeit a tad slow) and i really think that the keyboard on the Palm Pixie Plus is so much better than the Palm Pre Plus. Another big setback is the extremely poor battery life, which barely lasts for 2/3 of a day with medium usage. Being a heavy smartphone user i can’t imagine using the Pixie Plus as main device because the screen is too small, the hardware power is limited and there is no way to expand the storage. But for light users it’s currently a great bargain since you can find the Palm Pixie Plus for extremely low prices (under 50 euros without contract). I actually decided to keep a Palm Pixie Plus as backup device, which i use whenever i don’t want to take my main device with me in example when doing outdoor sports. 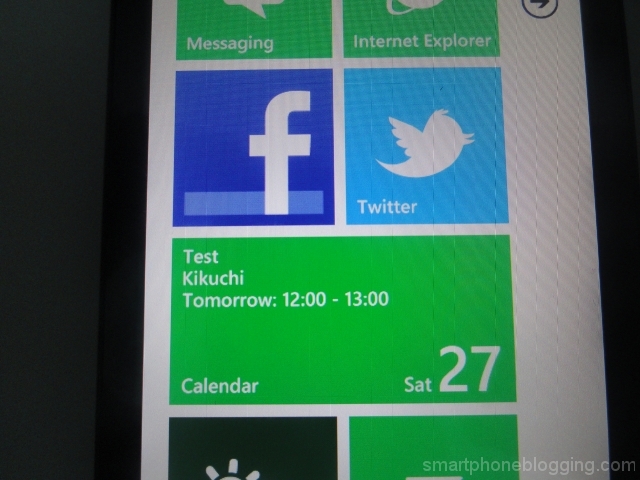 Review: Android 2.2 (FroYo) for Nexus One 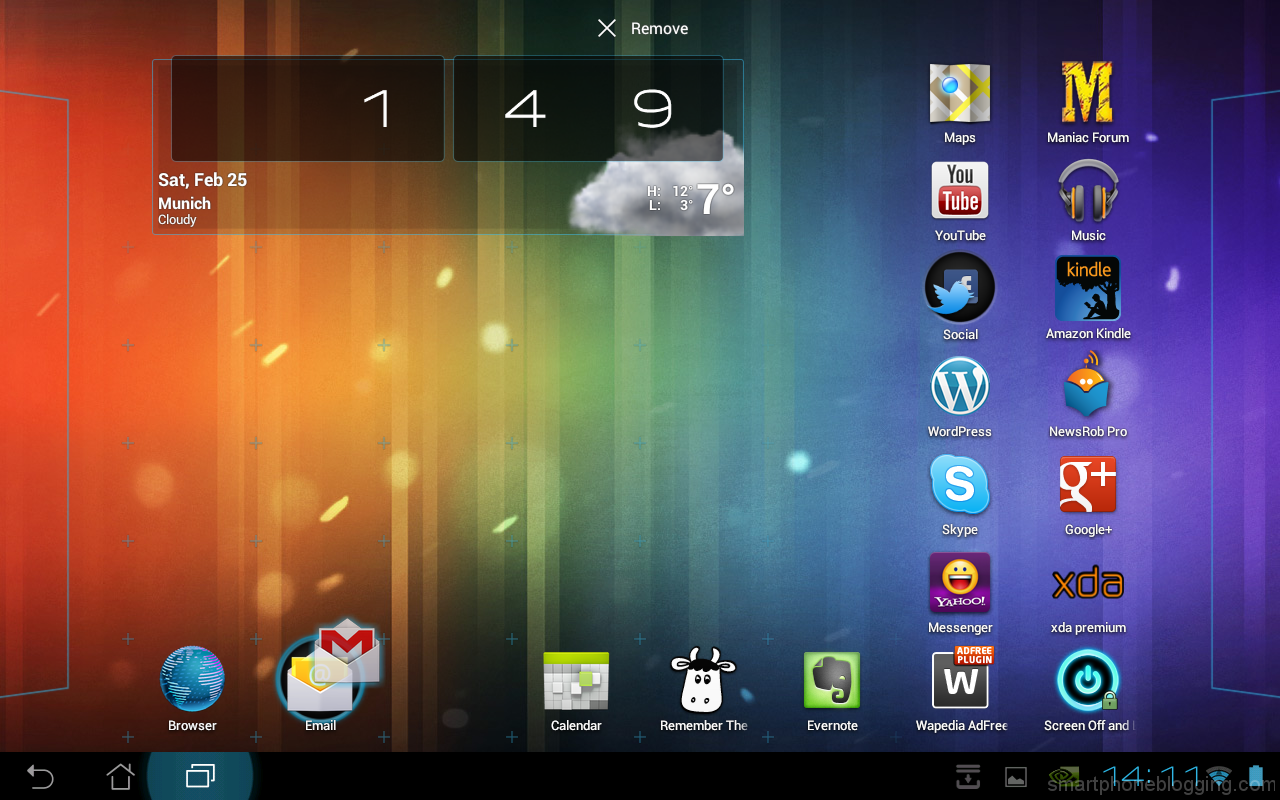 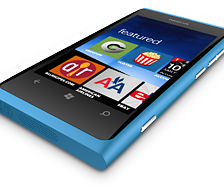