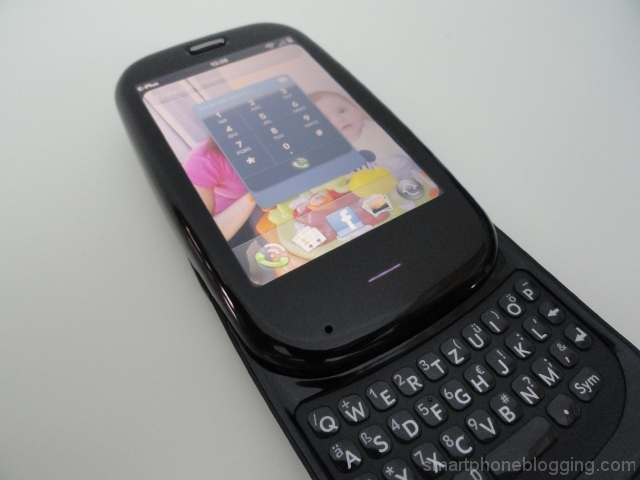 About a year ago Palm released the Palm Pre Plus as follow up to the Palm Pre smartphone. As the name of the device suggests it was basically a small upgrade and not a completely new product. Since Palm was aquired by HP in 2010, many legacy Palm smartphones are available for very affordable prices currently. The Palm Pre Plus can be found for 150 – 200,- Euros without a contract, which is an unbeatable price tag for a fully fledged smartphone with a great mobile OS. 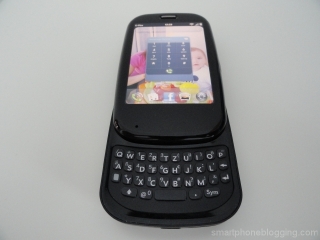 Especially considering the cheap and boring feature phones you would normally get for 200 bucks. And you can upgrade the Pre Plus to webOS 2.1, which makes it an even more interesting deal. I was very impressed with the Palm Pre testdevice back then in 2009, and therefore got my hands on the Palm Pre Plus now in order to see how the smartphone as well as WebOS evolved during the past few years. 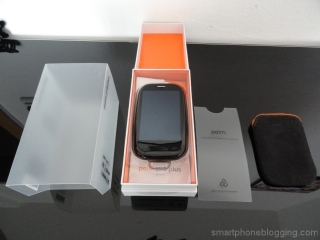 The packaging nearly hasn’t changed at all, as you’ll find all the usual stuff like an mini-usb cable, ac adaptor, a pouch, earplugs and a short manual besides the Palm Pre plus device. One noteable change is the fact that the Pre Plus comes with a soft rubber backside which can be used for the seperatly available charging stone accessory. 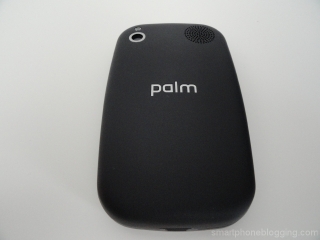 Originally the Palm Pre was shipped with a plastic cover, which needed to be replaced by a soft rubber cover in order to be able to charge the Palm Pre with the charging stone. This is a nice move from Palm, as it’s not only practical regarding the charging stone, but also makes the Palm Pre Plus feel like higher quality compared to the plastic backcover of the original Palm Pre. 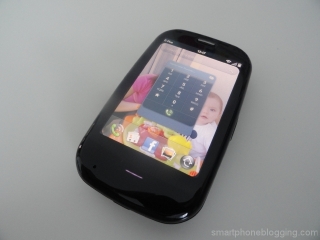 One thing which you’ll notice immediately is the fact that the main hardware button of the Palm Pre is gone. Now you only have the gesture area which is used for all kinds of interactions. Generally this would be something i could get used to, but there is one major flaw. You can’t wake the phone from sleep mode with the gesture area. With the Palm Pre you could just press the hardware button on the front and wake the phone, but now you have to reach for the power button every single time you want to turn on the screen. This is really a usability setback for me. 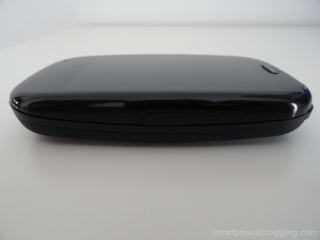 On the left side there is only the covered mini-usb slot. Sadly it’s still a chore to open the cover when the keyboard of the Palm Pre Plus is not slid out. I would even say that it’s nearly impossible as you need to use your fingernails quite sturdy in order to get any results. So basically you’ll have to slide out the keyboard first, which makes it much easier to get under the mini-usb cover with your fingernails to open it. 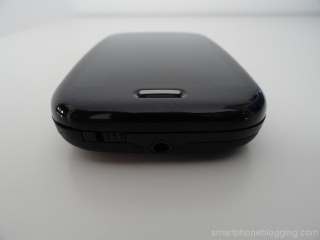 The power button as well as a mute button can be found on the top-left. This layout is exactly the same as on the Palm Pre. A standard headphone jack is also placed on the top. 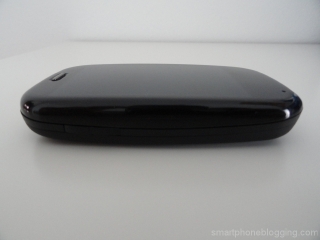 Volume hardware buttons have been placed on the right side of the Palm Pre Plus. 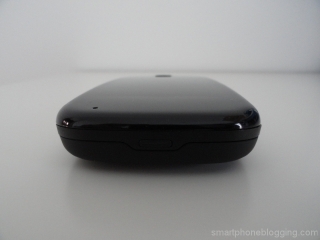 In order to open the backcover you need to use the lock button on the bottom. 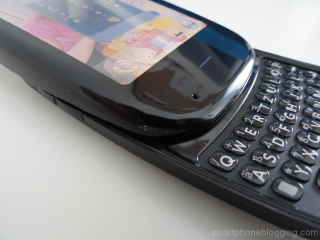 One of the most frequent complains about the Palm Pre was the general built quality. Palm used a little bit too much plastic components considering the price tag the Palm Pre had when it was released. Other manufacturers like HTC provided much sturdier smartphones with high quality materials. Especially the slideout mechanism for the Palm Pre keyboard was a weak spot. Many customers complained about the wobbly mechanism and the keyboard buttons which needed quite some pressure to react. 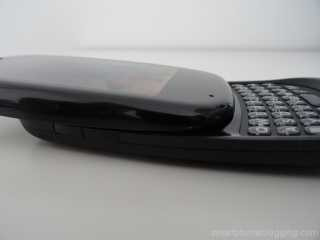 The Palm Pre Plus comes with an optimized slider, as it’s not as wobbly anymore and just feels more solid. Since i just got the Palm Pre Plus recently i cannot guarantee how the slider mechanism will be after a year of usage though. I’m still not perfectly happy with the keyboard, because the buttons are still to stiff and don’t have enough padding in my opinion. You’ll get used to it pretty fast, but i would prefer softer keyboard buttons. 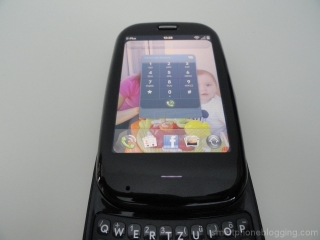 Display wise i can’t see any difference. It’s still the same resolution and the quality of the screen was already very good on the Palm Pre, which didn’t change much for the Palm Pre Plus. The capacitive screens reacts swiftly to touch input, and up to now there have been only a few occasions, especially when touching the edges of the screen, were my input was not registered the first time.

Overall the Palm Pre Plus is a nice facelift which comes with better hardware and built quality. It’s great to see 16 GB of storage and 512 MB of RAM. While you won’t see any big performance jumps, the phone still feels a tad faster and thanks to the additional RAM you can leave more apps open at the same time. The slider mechanism is also sturdier this time around. Especially the very cheap price tag makes the Palm Pre Plus an interesting device for light user which want a great mobile OS but don’t want to spend too much money. It’s lights and bounds better than any phone you can get for 150 bucks currently. Even if we might not see any further update after WebOS 2.1 for the Palm Pre Plus it’s still worth a look. 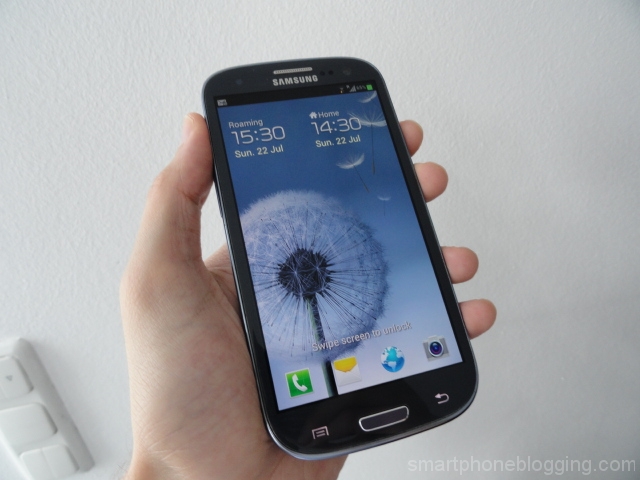 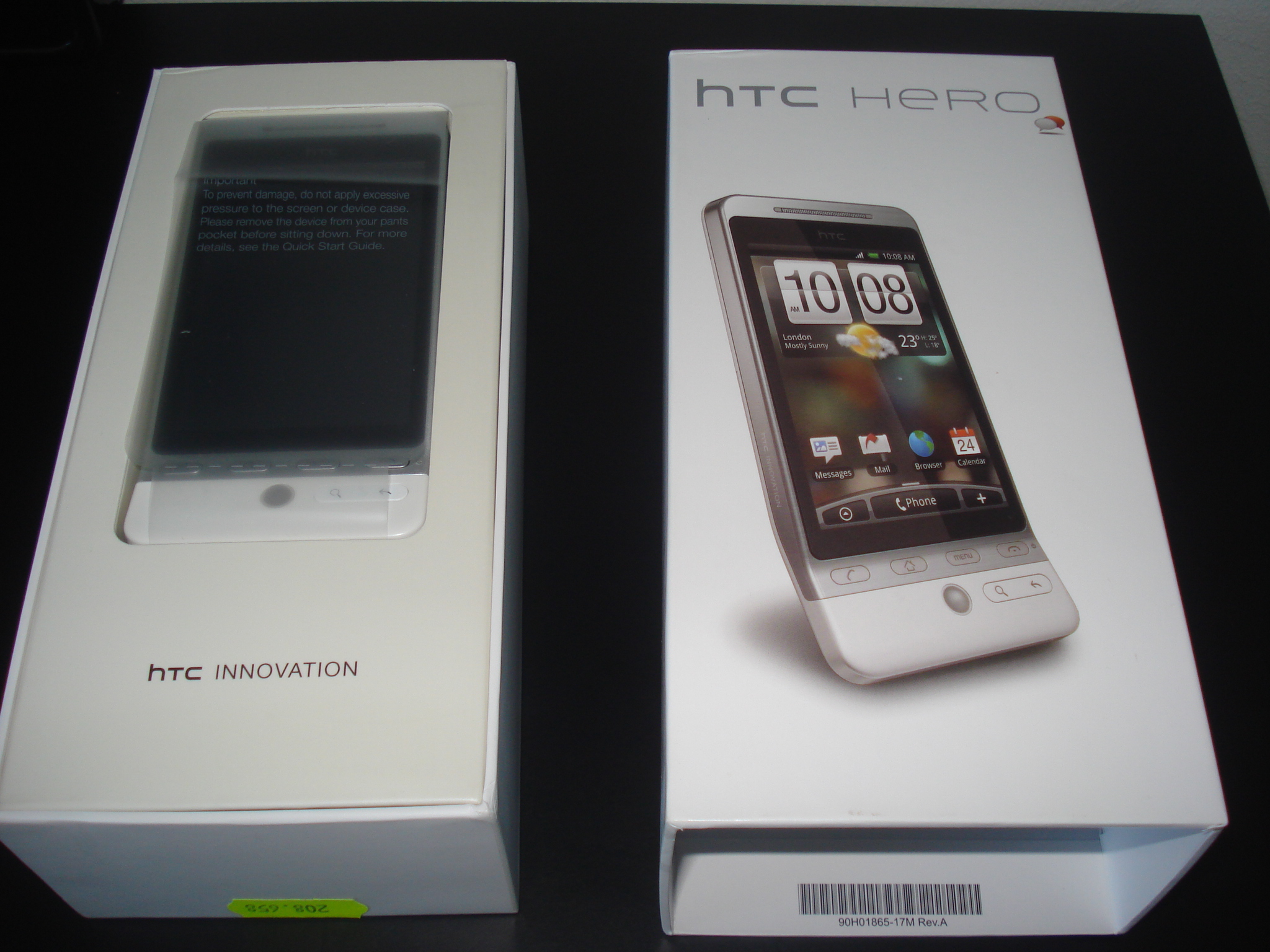 Nexus One SLCD vs. Nexus One AMOLED showdown – which screen technology is better?